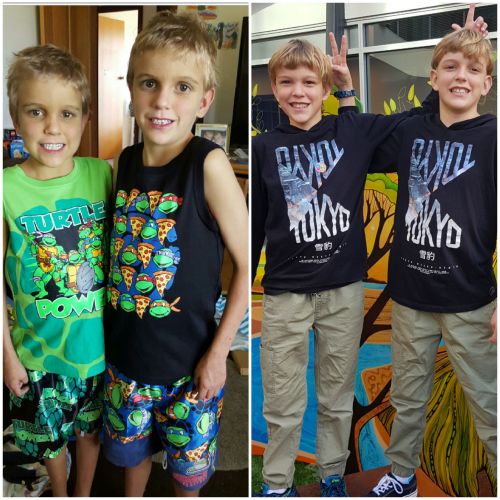 At just three-days-old identical twins, Jesse and Luke Wilson, were diagnosed with a rare condition called Alagille syndrome. Alagille syndrome is a spontaneous mutation of the Gag1 gene and causes complications in the various parts of the body including the liver. Both boys were put on the transplant list in March 2016 as they urgently needed new livers at the same time.

After meeting with Dr Michael Stormon in their home town in Western Australia, the Wilson family flew to The Children's Hospital at Westmead and underwent liver transplant surgery over 10 weeks. In June 2016, Luke was given his first transplant but unfortunately, due to a complication the organ failed and he was relisted for another transplant.

"My boy was tired. His little body had turned to skin and bone and every ounce was fighting for life. We were losing hope but three nights later - at midnight - our phone rang. A new gift, a new chance, a glimmer of hope," recalled mum, Kylie. Luke's second transplant was successful much to the relief of the family.

Eight weeks later, Kylie and the family went through the same emotional roller coaster with Jesse as his first liver transplant was unsuccessful too.

“Jesse pretty much killed off his new liver within 24 hours. He needed to be re-transplanted, but they had ­another organ, so he was the next morning,” she said. Thankfully like his brother, Jesse's second transplant went well and he recovered quickly.

Both known for their cheeky personalities, the twins are now 11-years-old and are both athletic and busy living life to the fullest. Though their journey in Hospital had been long with many moments of ups-and-down, the Wilson family are forever grateful of the care they received by the Liver Transplant Unit at The Children's Hospital at Westmead.

"Our twins are modern-day miracles. They are a living testimony of the incredible miracles that can take place today and by the skill of God-gifted surgeons we are privileged to have met". 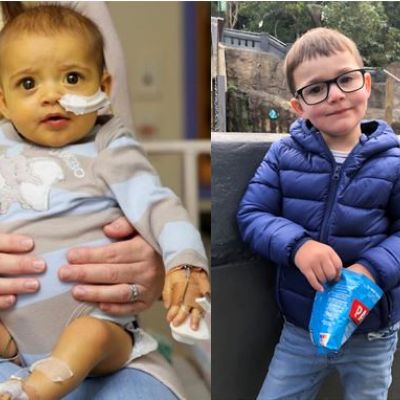 Alfie was only seven-weeks-old when he was diagnosed with Biliary Artresia. Biliary Atresia is a rare condition in infants where bile becomes trapped and permanently damages the liver. Alfie underwent Kasai surgery which involved passing the blocked bile ducts and gallbladder and replacing them with a segment of Alfie’s small intestine to create a new bile duct system. Transplant Surgeon at The Children's Hospital at Westmead, Dr Albert Shun, operated on Alfie for a total of five hours.

After Alfie's first surgery, there were several complications and re-admissions into hospital, Alfie was officially added to the transplant list in June 2016. When the call came through at 1:30am an early Saturday morning, Alfie's parents, mum Kay and dad Matthew, once again handed over their son to Dr Shun again for his second surgery.

"My husband and I wandered the corridors of the hospital waiting and waiting, but again we were at ease because we knew our baby was in the very best hands. We are so lucky to have access to these people and of course the generosity of the donor’s family to give a truely amazing gift of life to Alfie," said Kay.

Alfie's second surgery took nine hours and was thankfully a success. Since his transplant, Alfie is doing amazingly well with no significant problems. He likes climbing trees, going to the beach, playing with his cars and animals just like any typical four-year-old boy.

"Now we look forward to the future. This journey has had its ups and downs but we are grateful for every day! We will be forever grateful to Alfie's donor and family, Dr Shun, Dr Thomas, Dr Stormon, Dr O’Loughlin, all the liver nurses and Clancy ward. Thank you for everything". 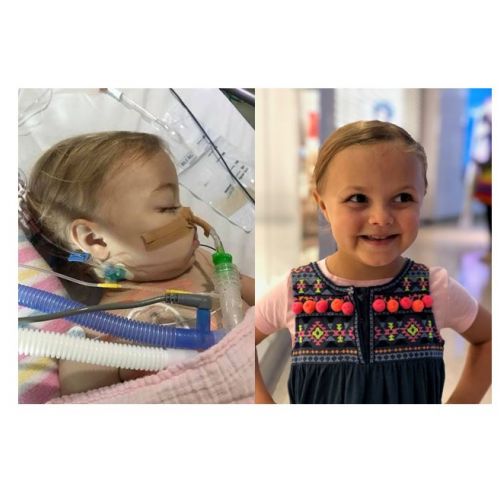 Born in San Diego while her parents were working in the USA Kate was a healthy happy baby, but at just two months old her parents noticed her eyes started to become yellow.

After a visit to the GP and a blood test Kate was taken straight to Emergency where she was diagnosed with Biliary Atresia  - a rare disease of the liver where the bile ducts become blocked and prevent the liver from functioning properly.

Kate’s family were told she would need a liver transplant to ensure she made it to her first birthday.

Her mother Clare Burrows said their world completely changed at that point.

“Kate was away from her much loved brothers and dad for many weeks at a time," she said.

"It was very challenging being apart but she was so unwell that we knew we needed to be in hospital.”

Kate was swiftly placed on the transplant list but as each day passed she began to deteriorate event further. After three months on the list the Burrows family received a call to say a donor had been found. Kate had her first liver transplant shortly after but her recovery didn’t go as planned.

Over the next eight months Kate spent more time in hospital than at home – she eventually stabilised enough for the family to make it back home to Australia. But after a few days being back on home soil Kate’s family were told the liver had rejected and she urgently needed another.

Two months later Kate received her second liver transplant at The Children’s Hospital at Westmead and since then has made a huge recovery.

Kate is now a thriving eight-year-old girl who is a passionate swimmer, dancer and artist. She is counting down the days to starting school next year and hopes to be a doctor when she grows up.

Watching their daughter grow up before their eyes, The Burrows family are forever grateful to the donor family for giving Kate her second chance at life.

“Not a day passes where we don’t think of our donor families."

"This experience has changed our whole life and we hope that by sharing our story we can encourage people to talk about organ donation and the life changing impact it has.